A man called Mukisa Derrick has come out and claimed that he is the one who owns the original page of Esther and Ezekiel Muteesasira the Ugandan sibling singing duo who won the first season of East Africa’s Got Talent in October 2019, at the ages of 14 and 11. They are the daughter and son of Ugandan gospel singer Julie Muteesasira and Pastor Steven Mutesasira.

They were recently involved in a wrangle between them and a supposed “Church member” who created a facebook page for them when they were about to go for the finals of the EAGT season 1.

The alleged facebook page was used to post a message which claimed that the Children had not yet received the money from the East Africa’s Got Talent Group and they were getting frustrated about it. The Children’s family later came out and denied that page and its post.

The main question was that, have the children received their money or not? News reaching Ugambo news desk is that the current page owner Mukisa Derrick who now claims that he is more that just a family friend, but is also a close relative and also claims he has slept in the same room with the children. He is asking the public to point all the fingers to the now supposed “Aunty” who is managing the children. 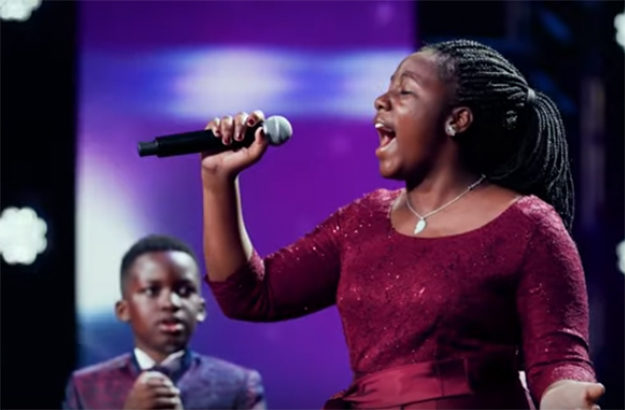 “You created a second page for these children and your are now splitting their fanbase, these children are too young to manage their own page.” When asked about the money, Mukisa Derrick went on to say, “For the money issue, lets ask their Auntie, because she is the one in communication with the East Africa’s got talent people, let the Auntie come out and be honest about where the money is!”

We sit and watch as the drama unfolds for the Esther and Ezekiel Mutesaasira.

We are the Staff Writers at Ugambo.com and we aim to bring you the latest news in Gossip, Celebrity Talk and Entertainment across the Internet. For any equiries don't hesitate to email us at staff@ugambo.com or ugambonews@gmail.com Thank you

BBS TV Female Presenter Dianah Nabatanzi Curses the day she woke up and fell in Love with a young Loaded City Tycoon.